My first introduction to this ultra-fabulous establishment was as a young child for my Uncle’s birthday.  He wanted to celebrate in style in Beverly Hills and this place is a popular seafood restaurant for celebrities that was infamous for the fish tank in the walkway.  Since then, I have gone to the restaurant numerous times and even celebrated my 8th grade graduation here but after a while, I started to notice some unpleasant things that began to turn me off.  They were even involved in a legal case with people of color complaining of unfair treatment and always being seated on the second level.  Now, my first few visits, I was seated on the second level which is nice and was never an issue for me but I have also sat on the main floor so I was indifferent to that complaint.  However, when walking through the main dining room and seeing no one that looks like you and going to the second level and everyone looks like you, which can become a problem.  Then there was the issue with the temperature food that started to bug me and I started to get annoyed.  I ended up falling in love with Chinois on Main in Santa Monica (please see my review called the Mona Lisa of my taste buds) and never really looked back.  After a few years of separation and a craving of their infamous garlic noodles, let’s see if things have changed. 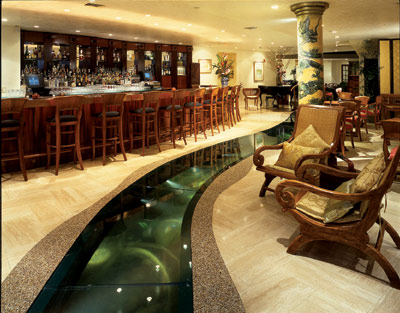 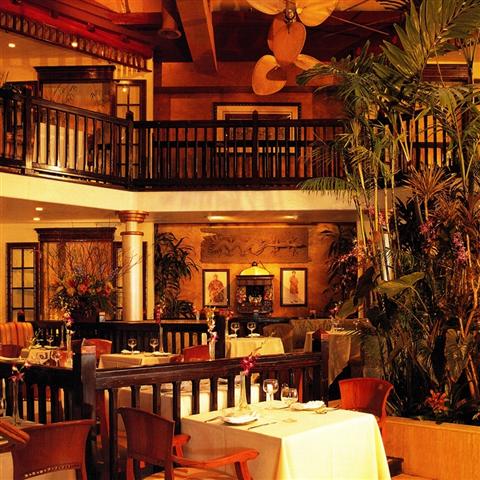 Crustacean by House of Ann is located in Beverly Hills on the corner at 9646 South Santa Monica Blvd, Beverly Hills, CA, 90210.  However, the valet service, for roughly $12 (I forget the exact amount), is located on Bedford Drive.  My first issue with my most recent experience began as soon as I walked into the building. I walked up to the host table and the hostess did not acknowledge me and walked off with another party.  At least a recognition of my presence would have been appropriate. There was another employee standing there who saw the occurrence and decided to welcome me to the restaurant and check me in. My reservation was for 7:30pm and I was right on time but they were not quite ready yet. He told me the situation and said it would be a few minutes.  15 minutes later, other parties had arrived and were seated right away, and of course they were not of color so I started to take notice. The only saving grace was that they were a larger party and maybe a large table were available but a small one for two.  Once my friend arrived, I we waited maybe 10 minutes more and I started to get very upset and as they were about to seat a table for 2, I intervened and then they responded: “Oh yeah, we forgot. Sorry about that. Right this way.” SERIOUSLY!!! As the gentleman is walking us to our table, he then stops us in the walkway and says that the table isn’t ready yet and that it was missing menus. Mind you, this is a fine dining establishment. What the hell is going on here! Again, I have been here before and had some interesting encounters but this by far was the worst. Moving on.

My guest and I were seated at the table for quite some time before the waitress came to greet us.  Maybe about 5-10 minutes.  Once she arrived, she was very friendly and welcoming but that delay was not pleasant. We ordered the bottle of sparkling water with limes until we decided on a cocktail and the water arrived but the limes took an additional few minutes.  We then ordered the Lavender Mojitos ($16) with rum, hand-pressed blackberries, fresh mint, lime, and lavender essence which were good but not as great as the tradition cocktail. The cocktail was not very well mixed together so it was really strong in some parts and really weak in others and I found it to be a bit overpriced. On to the food.

There were quite a few appetizers that I wanted to try so we decided to order the Classic Tapas Sampler that included crab puffs, beef satay, coconut prawns, and a chicken dumpling. The appetizer included one of each thing and was $15 per person. So for us both, it was $30 for an appetizer. The sample was small but I do not believe that it was worth the $15 per person price tag.  My least favorite was the coconut prawns for personal reasons because I do not enjoy coconut on my food but my friend enjoyed it. The beef satay was small but very flavorful.  They had a short rib char siu ($12) that I wanted to try because it was tender beef on stick with a ginger port wine glaze and char siu sauce that look good but was very similar. The crab puff was just ok but mostly a fried breading with peanut mustard sauce and the chicken dumpling was mediocre at best.

The big hype about this restaurant is the Secret Kitchen Signature Dishes that are prepared in a private kitchen.  The kitchen is completely concealed from the main kitchen and is supposedly off-limits to all employees except the An family and chefs with over 10 years of employment with the family. So all of these dishes have an inflated price for the gimmick.  I ordered the An’s Famous Roasted Dungeness Crab ($60) with An’s garlic sauce and secret spices that was pre-cracked.  They also serve the crab meat out of the shell in a bowl with the seasonings.  Then I ordered the An’s Famous Garlic Noodles ($12) as a side dish.  To be clear, I had been craving these garlic noodles my entire trip home and they did not disappoint in taste, but the temperature of the noodles was disappointing.  This has become a common issue with the food served out of this famous “secret kitchen.” After living in Baltimore with an abundance of blue crabs with jump lump crab meat, I have become less satisfied with other crab types and therefore did not enjoy the Dungeness crab as much as I used to in the past.  The garlic sauce and seasonings were incredible but I did no care of the crab meat. The crab also was not very hot but that was not as bothersome as the noodles.

My friend ordered the Charbroiled Colossal Royal Tiger Prawns ($44) that are served with the garlic noodles already unlike my meal that is just the meat only. She enjoyed her meal and also raved of the flavors but again the temperature of the food was a pretty significant issue. In an effort to be healthy and add a green to our meal, she ordered the seasonal vegetable ($14) of green beans that were stir-fried and not really all that exciting. And to top it off, it was luke-warm and borderline cold. We are convinced that they just leave the food on the counter for a while after they cook it to admire it or something because it really makes no sense why this keeps happening. 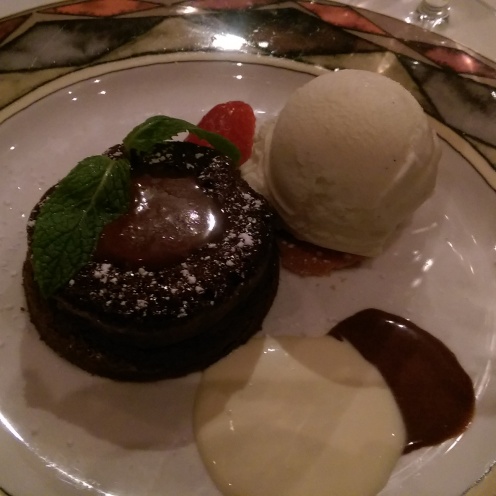 Overall, the flavors of the meal were spectacular but the customer service left a very sour taste in my mouth. I felt like I did not want to eat there anymore and would be better off ordering take out and warming it up in the comfort of my own home. I did not pay for the meal but based on the prices that I listed, I can imagine we spent at least $220 on the meal, not even including the tip. As good as the food may taste, there are just so many other options that will offer better customer service and warmer food options.  I know this a Hollywood/Beverly Hills vibe where they want to appear important but as a customer, it is a huge turn off.  The following is my Seven Mac Score for the restaurant:

Please look of my next post as I share more dining experiences in and around Baltimore and DC, and my trip to Los Angeles.  Also, you can find me on Instagram @finediningdiva and twitter @moderndaybeauty. Also, if you would like to follow my blog to receive notification when a new blog is posted, please send your email to finediningdiva@gmail.com.